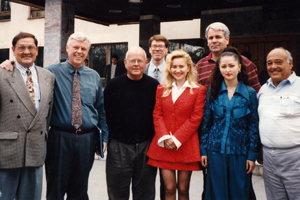 Our history traces back to the creation of the Kazakh-American Free University (KAFU) in Ust-Kamenogorsk, Kazakhstan in 1994.  This university offered a unique education in post-Soviet Kazakhstan that was based on international partnerships.  In 1997, Dr. Marshall Christensen visited KAFU with three business representatives from Oregon.  As a result of their visit, in August, 1997, they created the Marshall Christensen Foundation for International Higher Education (the MCF).  The initial work of the MCF was focused on supporting the development of KAFU and its goal to develop leaders for independent Kazakhstan. 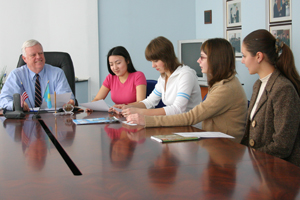 In 2004, Marshall Christensen created a servant leadership course for students at KAFU. The impact of this course was dramatic.  Students were eager to talk about the leadership problems that they saw in the world and to consider a better approach that embraced different values. As a result, Marshall Christensen and Daniel Ballast (who was working as vice-president at KAFU), understood the tremendous need to work with places of learning to help students and teachers consider leadership principles based on the universal values of people and relationships. They developed a formal program called the "International Servant Leadership Program" or "ISLP."  This program included the concept of an "Academy" where students would travel to a certain place to experience real-life examples of servant leadership. Over the following years, Co-Serve began to operate elements of the ISLP in a growing number of countries. 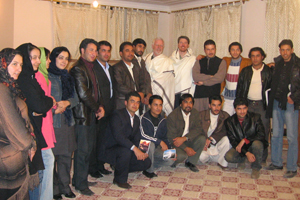 To operate programs around the world, the MCF relied on a growing base of public donor support and, in 2008, the MCF received formal authorization to operate as a public charity in the United States.  In 2009 the Board of Directors approved the DBA name for the organization, "Co-Serve International," a name which better reflected the on-going work of the organization. Co-Serve believes that servant leadership is all about building accepting, empowering, and interdependent communities.  Today, Co-Serve works to support such communities around the world, including in Kazakhstan, Afghanistan, Ukraine, Thailand, the Philippines, Nigeria and the USA.

Our mission is to model and cultivate servant leadership communities around the world.

Our vision to see a growing number of thriving, sustainable servant leadership communities that are bringing transformation to our world.

Co-Serve's Board of Directors represent servant leaders from a broad background of experience:

Co-Serve is incredibly fortunate to work with and learn from the following individuals as part of its staff team: